Our Team uses arena.im to publish severe weather updates to one place. We will post updates such as NWS product updates, and relay reports from social media. Be sure to take advantage of the chat room/channels that arena.im has to offer right from the sidebar of this website!

Live updates are being provided by the Team when you notice the flashing LIVE icon.

The latest map of current hazards from the National Weather Service. Click the image for a closer view, or the icon above to open in a new tab. 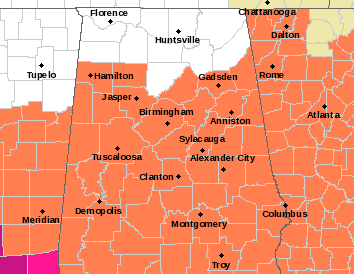 FINAL REMINDER: Tonight at 8:00 PM CST, our website will be inaccessible for ~30 minutes while we push out updates. Want a sneak-peek?

🚧TOMORROW (1/25) at 8:00 PM CT, our website will be inaccessible while we push updates from our Staging to Production website. Downtime should be less than 30 minutes.

This upcoming Tuesday (1/25) at 8pm, our website will be placed into Maintenance Mode while updates are pushed from our Staging to our Production site. Downtime should be less than an hour. https://t.... 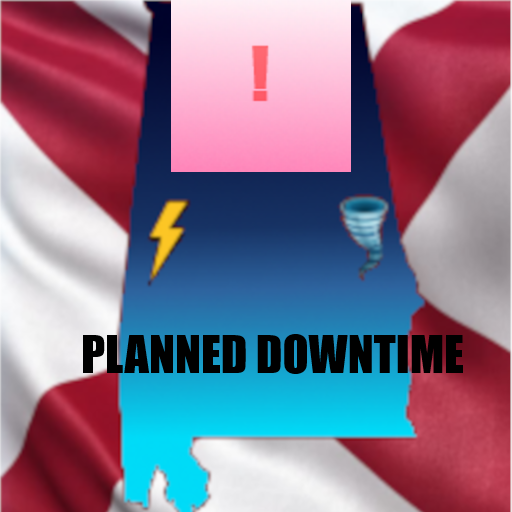 Winter Weather Advisory extended to include all of Central Alabama

One-stop source for information from the Weather Prediction Center, including Excessive Rainfall Outlooks.

One-stop source for information from National Weather Service Offices for the Coverage Area, including specific CWA outlooks, Discussions and Outlooks.

A one-stop source for information from the Storm Prediction Center, including Outlooks, Mesoscale Discussions, and Watches.

Get in touch with us by using our Slack Workspace, using IEMChat or contacting us directly.

We are always looking for extra help at Alabama Weather Prediction - and we believe there is a spot for just about anyone. Get started on the Application process by clicking above.

Subscribe to our Newsletter to receive e-mails right in your inbox for specific Coverage Zones.

All you need to know about NOAA Weather Radios, how to program them, and where the transmitters are located.

Our Coverage Area and Team

Our Coverage Area focuses on north and central Alabama. Our Team members are responsible for 7 different counties, some of them being cross-covered for better coverage.

The Alabama counties of Franklin, Lauderdale, Lawrence, Limestone, Madison, Marshall, Morgan, Cullman, DeKalb, and Jackson are covered by Andrew and Jacob in the North Alabama region.

Benjamin and Andrew cross-cover Marion, Winston, Cullman and Blount counties in the northern half of central Alabama.

Coverage Zone 3 is for northeast Alabama and is covered by Andrea and Jacob for the Alabama counties of Jackson, DeKalb, Cherokee, Etowah, Calhoun, Marshall and Cleburne.

The latest blog posts from our Team include the latest bulletins from the National Weather Service, Storm Prediction Center, and other information we deem informative for our Followers.

The winter weather advisory has been extended to include all of Central Alabama. For southeastern Alabama, snow accumulations up to 1/4 inch are possible. El ...

Summary: The NWS has extended the winter weather advisory to include much of Central Alabama. The advisory is in effect until 9pm tonight. Snow accumulations ...

SUMMARY: Winter Weather Advisories are in effect for portions of north Alabama, and a Winter Storm Warning is in effect for northeast Alabama. Counties in the ...

I would like to take a moment in welcoming Aaron to the Alabama Weather Prediction Team! Aaron will be joining us as a Nowcaster and will be assisting Benjamin ...

This site uses Akismet to reduce spam. Learn how your comment data is processed.